Confessions of a Church Kid: What Is the Bible For? 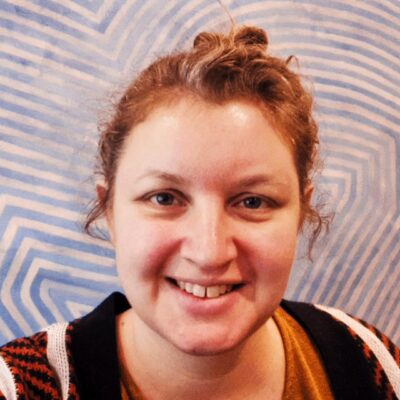 Maybe I’m jaded, but I think I always knew that Sword Drills felt wrong. It could also be that I just have slow reflexes. If you’ve never heard of a Sword Drill, I’ll explain.

It’s a cutthroat Sunday School competition to be the first kid to find the Bible chapter and verse number called out by the kind-hearted soul in charge of teaching/entertaining the kids.

According to the official rules of the Sword Drill, you must hold your Bible in one hand above your head with your arm fully straight, until the complete reference has been called out and then you can drop it in your lap and start flipping. The first kid to find and begin reading the reference out loud is the winner. It is named according to Hebrews 4:12, which says, ‘For the word of God is living and active and sharper than any two edged sword”, and Ephesians 6:17, ‘Take…the sword of the Spirit, which is the Word of God’.

Now, the debates about whether the Bible is the Word of God or Jesus is the Word of God were introduced to me later in life, so I didn’t question the theological premise of the so-called Sword Drills. But I knew they felt wrong, in part because I never won a single drill, but also because they cultivated an aggressively competitive attitude toward Biblical knowledge. I was an anxious kid, and these kinds of activities attached a feeling of stress to the Bible which became just another reason why I wasn’t very curious about what it said.

Experiences like this have often made me wonder, since my days as a church kid, ‘What is the Bible for?’ I’ve read it like a rulebook, a map, a guidebook to a new place, and I’ve participated in a culture that prized having Biblical knowledge to win respect among peers. But I’m actually one of those Christians who can’t say with certainty that I’ve ever read the whole Bible. Isn’t that exciting to admit, in a terrifying way? (The heresy hunters are sharpening their knives.)

And yet, Jesus transformed me. The parts of Scripture that have impacted me the most since I was young are the parts where Jesus shows us that he will meet us where we are. Though that grace seemed too good to be true, I always wanted to believe it.

It took a long time for me to discover that the entire Old Testament points to Jesus Christ. It took decades for me to believe that Jesus truly would meet me where I am. But my story is only unique in the minutia of my personal history. Every person stumbles around in the dark in different ways, and God leads every Christian into the light in different ways. But that Light is the same for every Christian. It’s Jesus, Immanuel, ‘God With Us’ (Matthew 1:23).

Jesus’ very existence on Earth proves God’s grace in meeting us where we are, but I’ve often lost sight of why he came. John 3:16 spells it out, ‘For God so loved the world that he gave his one and only Son, that whoever believes in him shall not perish but have eternal life.’

For God so loved the world… That’s the opening of arguably the most famous verse in the Bible. But that verb, ‘loved’, has had its brilliance dimmed by the evolution of language and the dilution of its meaning over the course of time.

I think this is because, on one hand, Western Christian culture prizes knowledge above all else, allowing us to thoroughly study the Bible and many other supporting texts. But on the other hand, many of us live in such homogeneous communities and in such deeply stacked material comfort that we rarely feel the call to practice the theology we say we believe. What has love become to us?

All these things are actually by-products of love. Real love is the grinding, committed sacrifice for the sake of holding on to someone no matter how hard reality gets. True love is lived by the Holy Trinity. The Father, the Son and the Holy Spirit are the living being of Love (1 John 4:7-16). They hold each other eternally. Jesus lived love perfectly among us. We’ll never live it perfectly, but God has always known that.

His purpose in being born human, living human and dying a human death was not so he could supervise our perfection from a closer viewpoint. His purpose was to know and be known, Creator to Created, and bring us into eternal holy friendship with him. John 1:14 says, ‘The Word became flesh and dwelt among us’. There’s the embodied love! It is in The Word.

I wonder if the loving friendship depicted among Jesus and his followers in Scripture would look so different if you replaced his disciples with any of us. They were average people with average problems who said yes when Jesus called. Before they met him, none of them were even aspiring writers. They very likely wouldn’t have written anything in their lives if not for Jesus. But they were wholly transformed by his daily love while he was with them, his identity which he showed them and his death and resurrection which they believed fulfilled all of the prophecies they put their hope in as Jews. Their transformation allowed them to write the gospels that I hope in now. He gave them something to say.

So, I thank Jesus that I can read the Bible and be completely transformed by it just as its authors were completely transformed by knowing him. I am free to be patient with myself as he is patient with me. I sit with the unknowns within Scripture, like that thorn Paul says remained painfully in his side and I ask God to help me meditate on what those unknowns could mean.

The other half of Hebrews 4:12, of Sword Drill fame, illuminates the love of Jesus in its description of the Word of God, ‘The word of God is living and active, sharper than any two-edged sword, piercing to the division of soul and of spirit, of joints and of marrow, and discerning the thoughts and intentions of the heart.’ All those who Jesus healed, travelled and ate with must have felt the truth of those words, which had not yet been written, in their friendship with him.

The knowledge of Scripture is no longer important to me for the reasons I worried about when I was young, anxiously wondering what bad thing would happen if I didn’t learn it. It’s important to me now because I’ve found friendship with the Creator of the Universe through the grace of Jesus, and knowing his Word is continually freeing me in my thoughts, words and deeds in this life.

It turns out that the Bible is for freedom! What a relief.