Unusual Suspects: When An Enemy of God Becomes a Friend 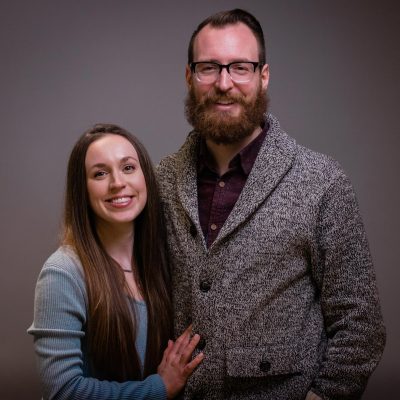 It’s been 12 years since I walked through the doors of a church building for essentially the first time in my entire life. This moment in January 2011 would change everything. I would go from the offspring of an atheist libertarian to being a pastor of an innovative evangelical Christian community trying to engage the city in meaningful ways.

To make a long story short, everything about my identity changed so swiftly that it felt like I was emerging from The Matrix into a new reality. My experience at this church began the reshaping of my entire worldview. It’s no wonder that when the original film The Matrix was released in 1999, it changed the way popular culture understood things like philosophy, purpose, meaning, and identity. These are the deepest themes of our world.

The Matrix impacted me personally as well, but what I wouldn’t understand until I walked through those church doors in 2011, is that it is possible to have an awakening experience much like Neo as he emerges from the matrix. Except, instead of machine A.I. overlords harvesting human bodies as batteries, dulling their minds by immersing them in a false reality in order to pacify the species and allow tyrannical mechanical rulers to maintain their oppressive regime, I awoke from being a God-ignoring pragmatist libertarian humanist, who was just trying to be a good person and have a little fun, to become a fully committed Jesus freak pastor starting a new community of faith and encouraging others to embrace the journey.

What was the moment that unplugged me? When did this unknown God become a remarkable friend, instead of the enemy I feared?

I grew up in an upper middle class neighbourhood in Toronto, Canada, one of the most ethnically diverse cities in the world. The city is home to around 250 ethnic groups. It’s almost impossible to walk downtown on a busy weekend and not see at least a dozen or more different cultural groups represented right before your eyes.

Each individual has a story that guides their priorities, purposes and values. Growing up with the knowledge of such diversity made me aware that I couldn’t seem to identify any sort of telos, or ultimate aim, in my own story. In my small bubble in Lawrence Park we had stuff to do. The middle class life didn’t leave time (or maybe capacity) to tackle deeper issues. We didn’t discuss culture much. So time marched monotonously forward in the classic cycle of modern North American life.

Go to school. Participate in sports. Be a good person. Don’t play too many video games. Don’t criticise mom. Don’t piss off dad.

Why? Because, obviously. You know–typical stuff.

Friendship was simple in this cycle because for the most part my peers and I were forced to be around each other all the time. We started kindergarten and we didn’t get to choose our classmates. So friendship began because Jimmy passed Sally a crayon. Environmental proximity worked well to fuel friendships for a while.

But then in Grade 7 things began looking more complicated. Once the intense group social dynamics at school and insecurities and major rifts in my home began, friendship wasn’t so simple. It was complicated and painful. And like many others, I am still recovering from those experiences in my mid thirties.

The cycle continued, year after year until the end of highschool. After I graduated my decisions had to be a little more intentional, and I could see that reality playing out for others as well. Those who sharpened their interests and expertise in post-secondary education made friends with others who had similar goals and dreams. Their individual autonomy aligned them with others, and again, environmental proximity seemed to grow real friendship. I chose not to go that route, however.

I went straight into the workforce and found the same dynamic at play. I became friends with my fellow coworkers and even the customers. Some friends from my mid-teen years remained as well, but I found that as time went on our life choices created distance. But by this time I had accepted the pattern.

Throughout this journey, and all the customs and traditions of growing up, I was so aware of some deeper existence that my friends and I just didn’t seem to be approaching. I wanted to, but I struggled to find meaning in my life. Something deep in me was screaming to get out. There had to be a reason why I consistently gravitated toward a certain type of person for friendship.

The oddball. The contrarian. The orphan. The outsider.

They seemed different, and even though I thought I was pretty vanilla, I liked navigating our differences. I was getting closer and closer to unplugging from the Matrix. But what was it that ultimately pulled me out of the North American middle class cycle?

Remember my catalyst? It was God.

Going to church that first time was the beginning of the end of my plugged-in slumber. It surprised me. It was the last place I thought I would ever be. But there, I found a group of people stumbling imperfectly through an attempt at connecting with something greater than themselves.

I had never experienced that before in any meaningful way. I had met a lot of people who said they were spiritual, but I hadn’t met many people whose lives actually reflected any shade of the meaning of that word. Everyone I knew was “spiritual but not religious”, but they all seemed the same and I wasn’t convinced their spirituality truly meant anything. It was like an attempt at rebellion but the result was just a new and disappointing conformity. Like a punk rocker who gets green hair and tattoos to rebel but then ends up caving to the pressure of changing punk trends.

Usually my doubts were proven true when my friends and I found each other in the same drunken stupor at a bar the end of the night. It wasn’t the most holy experience and certainly didn’t fit any expectation of the word “spiritual” that I understood. But maybe that word was just so shallow in its modern definition that even I could have been considered “spiritual but not religious”. What a thought.

Yet there, in my first real experience of church, was this small group of people making the most genuine attempt I’d ever seen at being spiritual. For some reason they let me participate in the life of their community. I felt like such an outsider.

They would all close their eyes to pray and I would stare at them, no one suspecting my beady little eyes analyzing every move during those holy moments. They seemed to be genuinely willing to befriend me despite my apprehensions and quirks.

That reminds me, someone needs to go back and tell Helen how my story has progressed. Helen was a sweetheart. Eighty years old, with pure white hair, and she would always tell me she was praying for me. Thanks, Helen. I guess it worked.

The prayers of people like Helen left me so curious about what praying actually was. Did these people really think they could interact with the divine? Why did it seem like they were on such friendly terms with whatever/whoever this God was? My questions were answered with searing clarity when I finally decided to take the red pill offered to me.

What was my Morpheus moment? I prayed.

An answering voice ripped through the veil of my consciousness, and that is exactly where my relationship with God himself began.  I’ll save the full story of my first prayer for another time, but I want to make it clear that God speaks to each person in a completely unique way. No two conversations are the same, though the voice of God is unmistakable. For myself, the event of learning from personal experience that God was open to conversation with me changed everything.

So what was it like to begin that relationship?

It opened my heart.

There was intense access to areas of my life that I was finally willing to face and felt safe to address because of the character and nature of this mysterious being who was breaking through the veil. The darkest areas of my heart were exposed in an honest way and met with patience and love. Jesus spoke into my existential abyss and invited me into deeper, more honest and active community with him and with people in a way I had never experienced. I was so ready for it.

It was like the scene from Lord of the Rings where the fellowship was stuck outside the walls of the dwarf kingdom of Moria. They were stumped by the riddle, “Speak friend and enter”. In order to move forward with their mission, and in fact preserve their lives, they had to rely on their community to crack the code and get inside the gates, eventually conquering great evil together.

Today in our culture we might need to go back to the walls of Moria. We need to find a way to look at places we are kept out of and say “friend”. The trick for the fellowship of the ring was that they didn’t need to be smart to solve the riddle. (Spoiler alert!) They just needed to literally speak the word “friend.”

I hope you have fun on your journey this year!